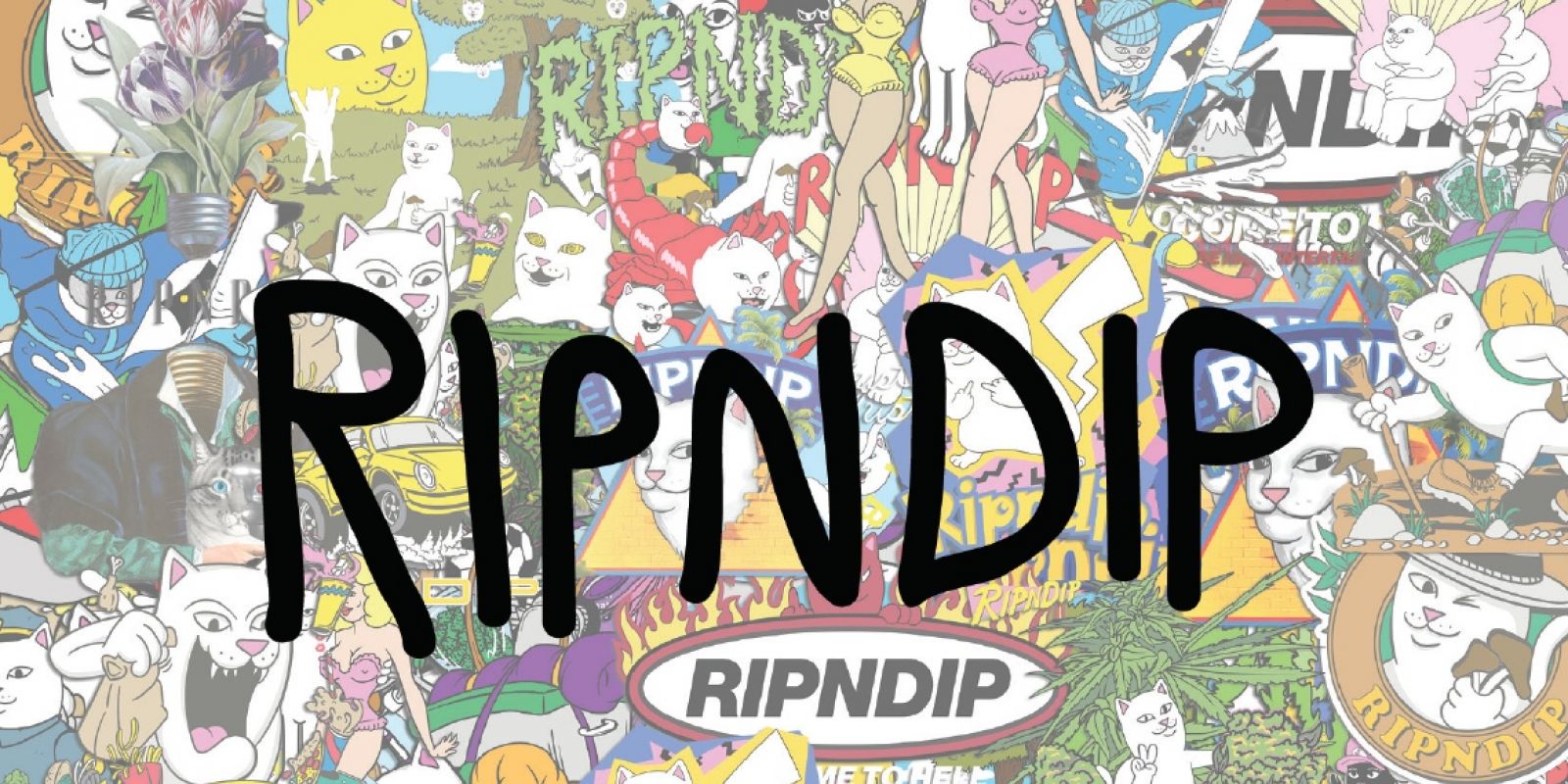 The history of the RIPNDIP brand: why Lord Nermal is so popular and how not to confuse him with a fake

Written by Egor Ivanov on August 8, 2021. Posted in Uncategorized.

Now everything is forged. Even more or less popular brands already feel that their products are counterfeited by dishonest manufacturers. What can we say about such giants as RIPNDIP, which have a powerful influence on the clothing market with their products. In this article we will share with you the history of the brand’s formation, as well as tell you how to begin to understand: where is the fake “ripindip”, and where is the purebred original.

Garage start or how famous brands are born

Everyone knows where Bill Gates founded his “Windows” – yes, the garage. So with RIPNDIP, almost the same story happened.

The name of the brand was born in 2008 in Orlando, Florida, when its founding father Ryan O’Conor came up with this combination of words and depicted it on his skateboard using a marker. It became mainstream in Ryan’s party, and his teammates quickly took the label to their boards. So the name of the party stuck.

The business started with making T-shirts that sold for $ 10 apiece. A normal start for a clothing brand. Ryan bought a press for printing prints, and also created a website where you could buy this product. But it would be too smooth a story if the guy managed to create a world famous brand on the first try.

It didn’t work out, but thanks to his persistence, Ryan did not give up and decided to go all-in, if only his idea would burn out.

What do American skaters do when they can’t get into the light in their state? Of course they go to California! There Ryan had a landmark meeting with Keit Hufnagel (founder of HUF). This person revealed to O’Conor all the secrets of successful brand promotion and told what the seasonality of the business, drops, collections, and so on. So Ryan was able to hire himself a small staff, pay their salaries and pay their bills.

It is worth noting that to this day, the brand’s headquarters are located in Los Angeles, California.

Expansion of products sold under the Ripndip logo

What can a skater put on sale after a successful shipment of T-shirts? Of course the boards! It was not a big deal to make them, the main task was to take them with their uniqueness and graphics. In addition to the RIPNDIP decks, backpacks, caps and other “clothes” that are needed by skaters and people from the crowd began to be sold. By the way, now the “Square” store presents a large assortment of RIPNDIP brand goods, among which you can find:

Until 2014, RIPNDIP was more of a local brand than a worldwide one. But on the threshold of 2014, something happened that blew the minds of all fashionistas and fashionistas – the cat Nermal was born, which to this day is the hallmark of the brand.

Nermal is a fictional cat whose main gesture is showing the middle finger. He first appeared on T-shirts in black and white, but he did not just appear, but did it in a very unusual way. “Ripndip” sold T-shirts with a breast pocket. Well, where should there be a cat on it that shows not quite decent gestures? Of course in your pocket! If you peel back this pocket, then you can immediately see Nermal’s middle finger, and if you look and do not touch the pocket, then a very cute cat will smile at you in return.

This is the whole story of the formation of the brand, which now sells its products all over the world. And now we will tell you about why you most likely came here – how to distinguish a fake from the original ripndip, and also where you can buy brand products now.

Ripndeep would not have been as popular if it hadn’t made a “break the pattern” for many of the brand’s fans and haters. “How can some cat show obscene gestures left and right?” – haters ask a question. “Why is Nermal popular while other local brands are not?” – fans ask. Just look at what works of art are created by the designers of the stores where RIPNDIP products are sold. This is space. This is what makes sales. This is what makes Nermal popular.

We have shown you the signs that you can determine organoleptically when you buy a product live. If you purchase RIPNDIP brand products over the Internet, then you can use the following set of rules: