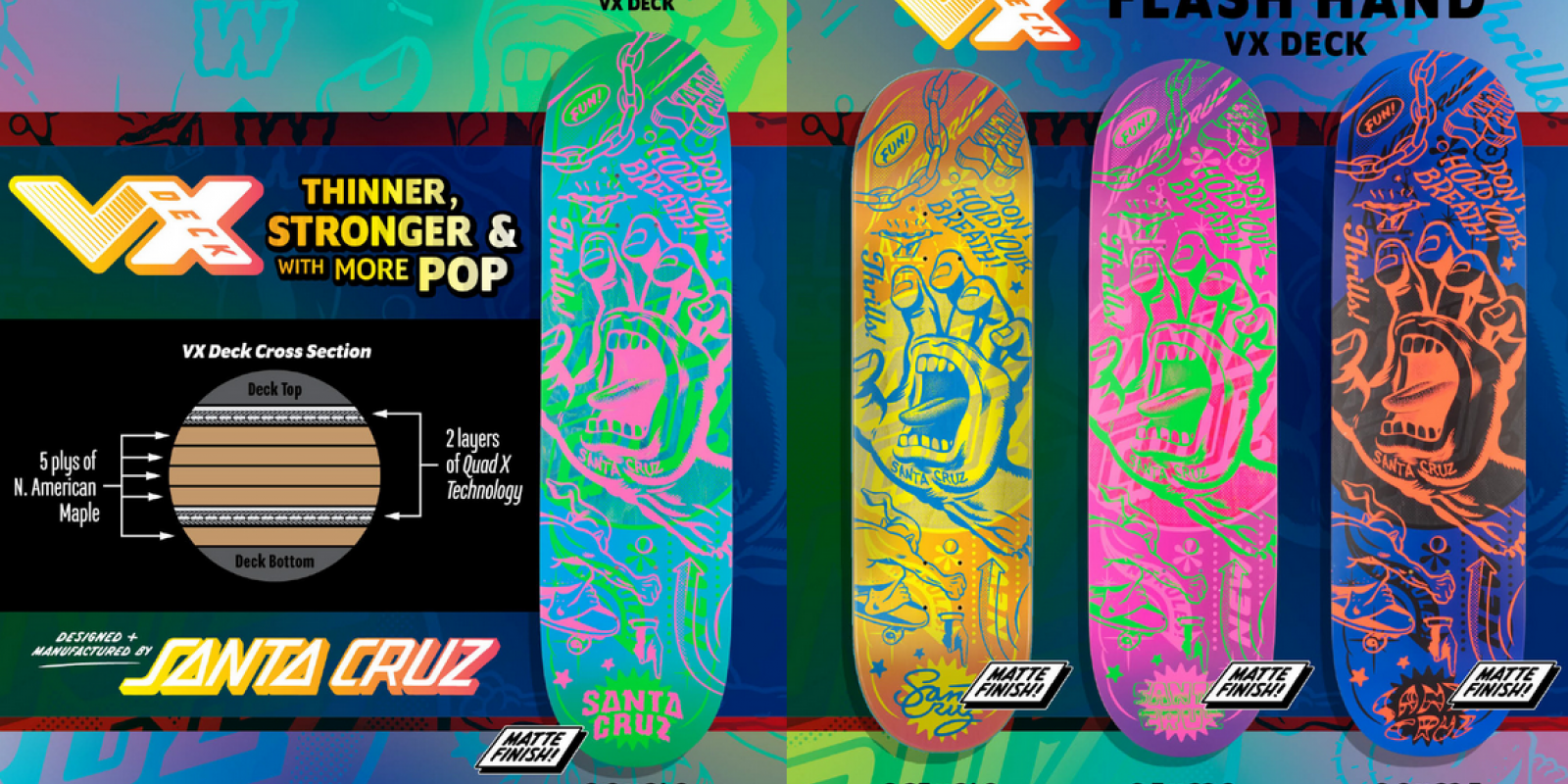 Written by Egor Ivanov on March 25, 2020. Posted in Uncategorized.

Almost every board company in its history has tried to introduce some innovative materials and technologies into always wooden decks. Anyone who started skiing many years ago will recall these iconic cult tech decks from world famous brands:

Each of these technologies has its advantages and disadvantages. But for most of these innovations, life in the hearts of skaters was short – brands reduced the mass production of high-tech decks. There are many reasons for this: a high price, the difficulty to convey to the target audience the advantages of such a design, the complexity of manufacturing, and so on.

In general, most skaters, amateurs and professionals still prefer to ride ordinary seven-layer trees without innovative refinements. But this does not negate the fact that technology decks have cool advantages that create a separate niche for them in this market. And today, Squat wants to dwell in detail on the technologically advanced Santa Cruz VX skateboards.

The designers of Santa Cruz decided to make skateboard decks with maximum indicators of dynamic strength for transverse kink, and if in simple terms, then boards that will be very difficult to break.

The secret to success is quite simple, but at the same time complicated:

The layout of the Quad X Technology layers within the board design is non-standard. Usually, some similar layers are embedded either only on top of the deck, either in its middle or from below. But Santa Cruz engineers approached this issue with great creativity. One of the layers of Quad X Technology is laid down first, i.e. right under the emery sticking. The second layer of innovative material spreads penultimate. This design is ideal for skateboarding in all its manifestations.

This “layering” was not chosen by chance. We will not be able to get into the head of the designers of Santa Cruz or get technical documentation for the production of skateboards VX Deck, but the logic of things is as follows. The top layer is made of Quad X Technology in order to minimize breaking the deck up (this is a situation where the tail or the nose breaks). The bottom layer of this material, which comes last but one, provides rigidity for fracture in case of breakage in the middle of the board. The last layer is hard rock North American Maple veneer, which gives the usual parameters for sliding the deck along the edges and rails. Therefore, riders do not need to get used to the other sliding properties of the board if Santa Cruz engineers put the last layer of Quad X Technology.

The whole team of the brand rolled in a new series, as well as the decks were tested on a special stand, which imitated a hard landing of a rider on a tail board (an 80-foot strike from a certain height). Initially, an ordinary board was tested at the stand, which broke after the second simulation of a blow. The deck with VX Technology lasted 21 hits and only broke for 22 reps. Unrealistic strength for a skateboard!

To date, this series has only 3 graphics and 3 sizes, each of which refers to one of the drawings: 8, 8.25 and 8.5 inches. Shape Dec VX has a somewhat pointed, but symmetrical tile and noose.

If you highlight the benefits in separate paragraphs, then TOP-3 will turn out as follows:

If you often break boards or click on your “plywood” disappears after a couple of first skating rinks, then this series is created for you to try it.