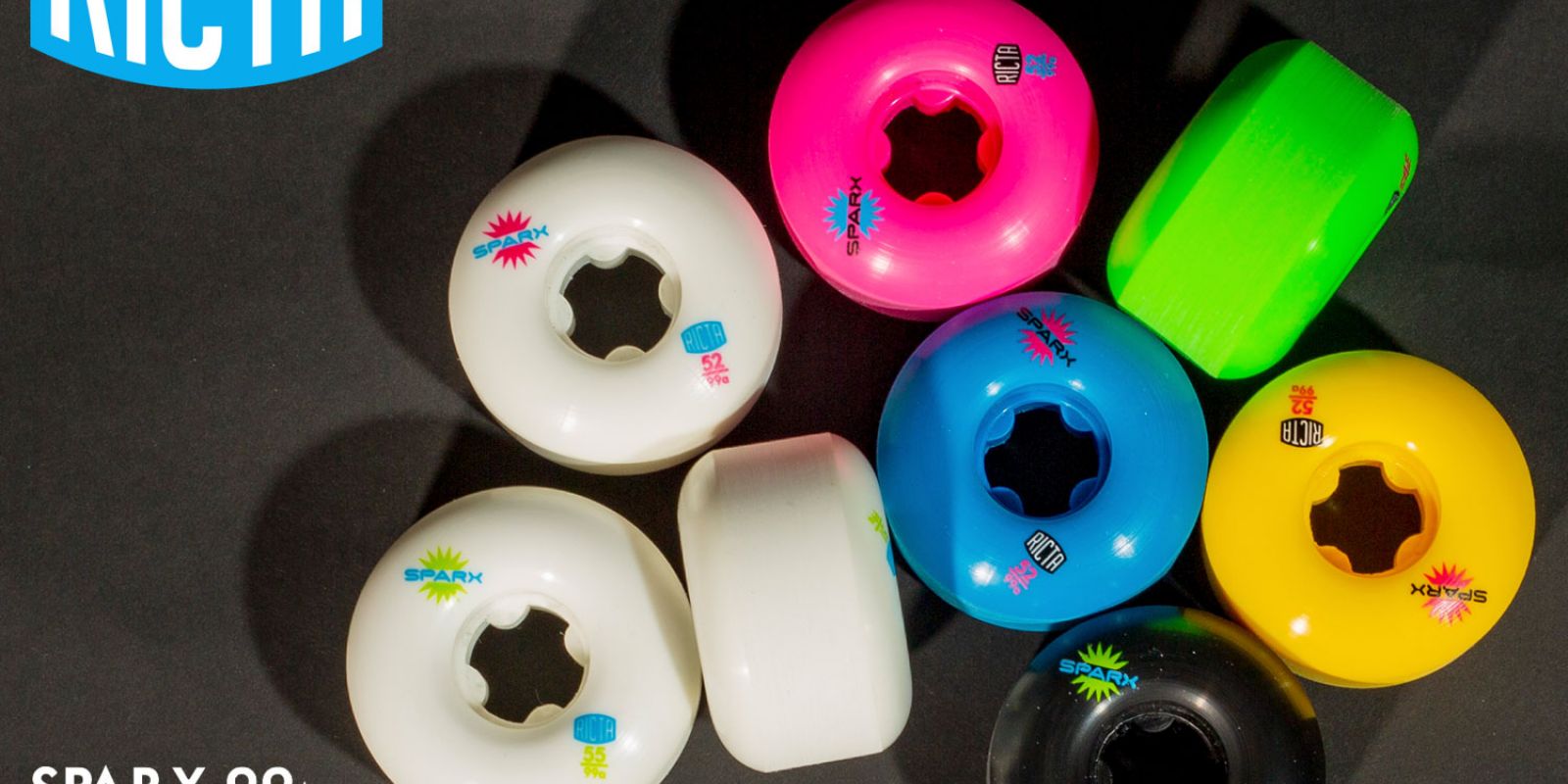 All about Ricta wheels for skateboard: series, advantages, differences

Written by Egor Ivanov on May 26, 2020. Posted in Uncategorized.

There are a huge number of diverse brands in the skateboarding equipment market. But only a small part of them works exclusively on one group of goods, the production of which is constantly being improved. Ricta Wheels – these are the guys who from the moment of their foundation (and this is not in earnest 2002) to this day, specialize in the production of wheels for skateboards. This is a key Ricta business where the company has excelled.

Ricta Wheels is an American distributor of NHS, Inc. skate staff. Every year, the manufacturer pleases skaters with his innovative approach to creating wheels. If you do not know what wheels to take for a park, street, ramp or any other riding style, then in the assortment of Ricta there is sure to be a combat unit in the purchase of which you will not be disappointed.

Today, according to the official website of rictawheels.com, the manufacturer has 5 different lines of skate wheels:

Each collection has its own distinctive features, and also uses various technologies. But any kit from Rikta is a real 100% quality – no “fleet spots”, tearing and bursting of the core, just the pleasure of skateboarding.

This is the coolest series in the manufacturer’s line. These wheels are equipped with all innovative technologies and will allow you to maximize your skateboarding. Among the features of Ricta Rapido are:

Also, the Rapido series differs from the rest in that inside it there is a division according to the type of shape of the wheels: Slim, Wide, Round. Each of them also has its own size range and specific qualities for a particular riding style. In the official NHS online store, these wheels are divided into separate categories by shape, so you can not dump their features in one pile.

Shape Slim has a more sophisticated profile, which is visible by the width of the wheels from the picture. Another advantage follows from this – they are the lightest.

Shape Wide has a larger area of contact with the ground, therefore, provides greater speed control. Having a tapered inner edge of the wheel improves your lokin on the grades on the rails.

Shape Round found a balance between the two previous ones. The best wheels in order to try the Rapido series and adjust the shape of future wheels taking into account the experience of riding on Round.

No wonder this series got its name – “Clouds”. In this line, all wheels have a low stiffness: from 92A to 78A. This explains their purpose – this series of wheels will be the best option for lazy skateboarding on poorly covered streets or for boards of skate operators. The minimum stiffness in combination with a large diameter allows you to not notice the poor road surface on spots or with a simple ride around the city. Otherwise, this series no longer has any “goodies” from the manufacturer.

The series with the “chrome” core is the most pathos, if I may say so about the skate staff. The main distinguishing feature of this series is that they have a core. The wheel is divided into 2 parts:

This design made it possible to make the wheels lighter and stronger. Riding them will be cool, both in the skatepark and in the toughest street.

Again, the name of the series reveals its key feature – “tornado”, a whirlwind, this is the technique in which the wheels of the series were painted. The unusual colors attract you to buy these wheels.
Other features of Whirl Winds include:

These are the simplest wheels from Ricta at the moment. A classic park shape and no deviations from the canonical skateboard wheels in terms of stiffness or diameter.

“Sparks” are also made with good protection against “squandering”, and also have the largest gamut of colors, diameters and stiffness. If you did not find a suitable option among other series, then Sparx will help you out.