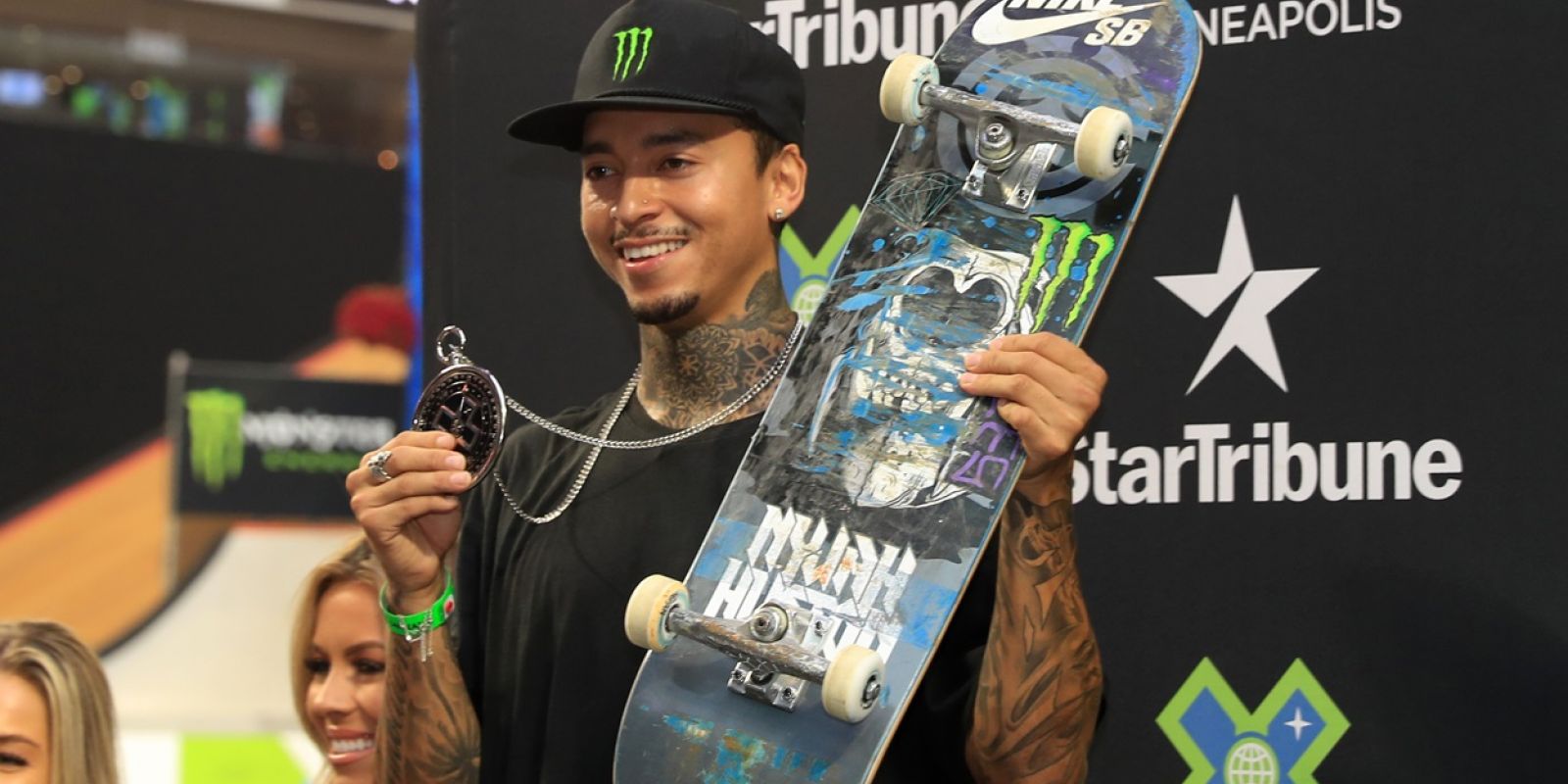 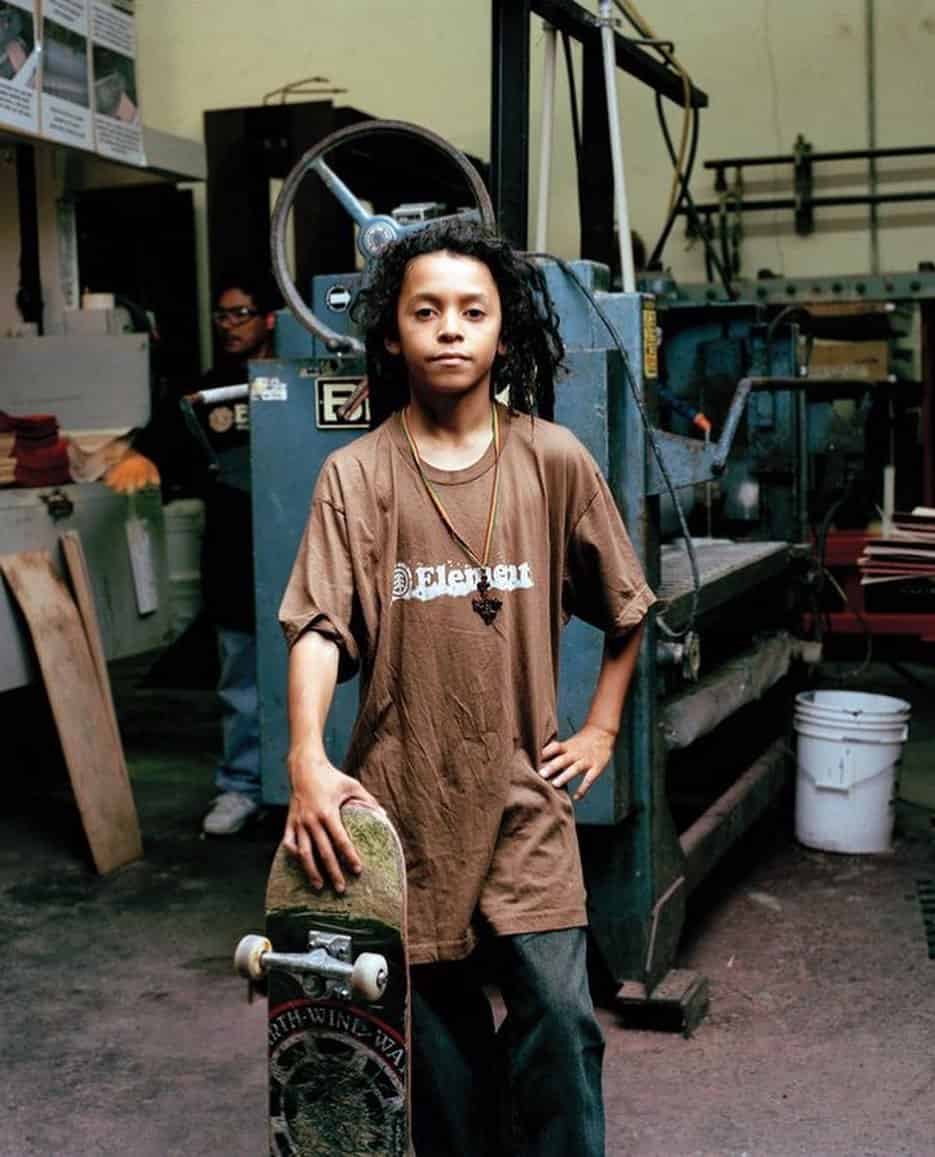 If you are interested in official skateboarding contests, then the name Nyjah Huston should be familiar to you. Even if you do not follow this information, then the name of this pro-skater should be publicly known. And for many who have been in the topic for a long time, the name of this “Kazakhstan millionaire” has been familiar since 2005, when the first video with this rider – Element Elementality Vol 1 – was released.

A short life biography of Nyjah

The path to becoming a skateboarder for this rider was very thorny. Skateboarding, as a sport, hobby, hobby, was chosen by a child at the age of 5 years not because of his own motives. He was put on a skateboard by his father and, in the literal sense of the word, forced to ride to a bluish appearance. Little Nyjah practically didn’t get out of the skatepark, and in general he was brought up according to the strict canons of Rastafarianism, because of which he was a vegetarian at the young age and wore dreadlocks from childhood.

Nyjah also had a brother, whom his father also forced to skateboarding. But only one “shot”, and it was Huston.

If you watched the video at the beginning of the article, you immediately realized that Element was the first sponsor of Nyjah. He began his relationship with the company when he was only 7 years old. Immediately I hasten to note that the Element is the Nyjah Board sponsor so far! These are strong bonds of cooperation. And also this suggests that the Element makes good quality boards. After all, the winner of everything you can imagine will not ride on some kind of hat.

Even at that point in time, and this is 2005, the ten year old kid made a very worthy game. But Nyjah did not stop there.

The nuances of working with Element

In fact, the rider’s relationship with a major brand was not always good. In 2008, Nyjah left Element as an amateur in order to found his own skate company I & I already in 2009. But only a select few know and remember the existence of this brand. He could not last long afloat, so he was hastily closed. Although the team, along with Nyjah, were even more riders – Richard Jefferson and Anthony Williams.

I & I was an exclusively plank brand. Today, many PROs decide to open their own business, but Nyjah, most likely again with the father’s submission, decided to open his skateboard brand while still very small. Appreciate the deck designs that came out at the start of the company.

A quick search on the net led to Nyjah’s official website – nyjah.com.

Here you can find out about all some common things about this rider. In this paragraph we will analyze its sponsors at the moment. Of course, such an upscale rider throughout his career had a lot of sponsors, but not all of them supported him for a long time. One of the most obscure sponsorship withdrawals was a contract with DC. Ryder managed to release his own shoe model for this brand – DC Nyjah.

Rider even shot a pretty ordinary promo in support of his shoe model, but the trick in the video is as meaty as possible! Rail on the Hollywood High spot got a bs noseblunt slide, which at that time was a “closure” on this spot on a long rail.

Today, riders are supported by the following brands (although they are not signed as sponsors, but as partners on his website): Nike SB, Monster Energy, Element, Hawkers, Diamond, Ricta. We will analyze each sponsor individually.

This is the youngest brand in the piggy bank of a rider. In December 2017, the first Nike SB Nyjah Free model was released, which at the moment has received the 2nd re-release in new colors and clearly has every chance of becoming legendary (almost like “Stefans”). Every skater knows the silhouette of these sneakers, but not everyone has the money and courage to buy them. Take it – they are cool.

Naturally, a rider cannot have a model of an energy drink, but the guys from Monster simply PR their products at the expense of such a popular rider. Actually, it’s not cool that such a popular person advertises such drinks (well, at least he doesn’t advertise a drunk). For many children, this is a star and they want to be like her in everything. But it’s hard to put in their heads that an energy man, even one as hyped as Monster, is bad. But Nyjah makes good money on it.

The constant board sponsor of Nyjah. On one videos you will not notice him on the boards of another brand, he just rolls on his models. Because of this, the series with its initials sells well enough, and in Element no fools sit to lose such a rider.

Nyjah had a huge number of models for this brand, but let’s look at the prints of the 2019 boards.

Naturally, in the office, which produces the whole range of equipment for skateboarding, the name Nyjah is reflected in other accessories.

Those reading this material without explanation will not even understand what kind of brand Hawkers is and what they are doing. This is actually a manufacturer of glasses. Not as premium as also Ray Ban, which riders love, but also having its own audience. It’s hard to say that the brand has a collection of Nyjah models. Most likely this is more a co-lab with a rider. Points for an amateur.

All glasses from his lab have a price of $ 55. I do not know how much they justify their price, but they look interesting.

The premium brand of skate staff, which is also not known to the wide party of “chikokers”. Diamond is almost like a Supreme, but a little cheaper. On the official website of the manufacturer www.diamondsupplyco.com, only Nyjah model bolts were found. Not much.

Although on the network you can find his dressing board, as well as a commercial video in honor of cooperation with this brand. Although the board is still from the Element, but as in the collaboration with the Diamond.

There is a board, bolts, sneakers, but not enough good wheels.

Specifically for this rider, the brand made one model in the Rapido series (the top brand series), and also muddied him a whole collection with the most pathos title CHROME CORES. Yes, this golden calf only such wheels and fit.

There are so many videos on YouTube where Nyjah rolls the wheels of this brand. Moreover, judging by their history, you can see that he tried various collections and revealed a real favorite for himself. I suggest you look at really interesting material, where the guys from Ricta got confused and tested their NRG series wheels in comparison with other popular and even the best brands of these products.

Naturally, such a popular rider managed to star in a huge number of vidos, and commercial teasers simply could not be counted on all fingers. But in the career of Nyjah there are vidos that caused a stormy resonance in the rider’s career. It is on such subjects that we will draw your attention.

This is probably the only party where Nyjah rides side by side with his sibling – Ahbi. Not a very strong file, but for the period of 2005 the video was popular.

A small sketch about one of the riders of the Element team. Nija was directly involved in filming the file.

It’s hard to call a party, a profile, a guest trip or something like that. This is a report from the contest, but in 2006 it could be considered a full-fledged skate video. All skateboarding old-timers pronastalgic when watching this video, and new blood can check out the names of those guys who grew up modern skateboarding.

If there was a first part, then obviously there will be a second. Here, all the same small Nyjah fry at the level of his older brothers on the board.

If before this game Nyjah was somehow a “fry” who didn’t ride badly, but they didn’t take him seriously on the world stage, then after the release of Rise and Shine, all skaters in the world community began to reckon with Nyjah. At that time it was a very cool game, which remains the same today. Huge stairs, giant slides – all this is collected in this party. But in fact, this is only acceleration in front of real meat!

Nyjah shoots a crazy file for a newly-minted shoe sponsor in honor of the release of her personalized DC model. In such games, Nyjah always opens up new facets of skateboarding – he does tricks that no one did before him. This is as cool as possible when a rider doesn’t just remove a 20-second teaser for the brand, but gives everything up to 146% and gives the world high-quality material.

Every top rider needs to take something off for the iconic Trasher magazine. This game turned out to be slightly weaker than for DC, but nevertheless the level of skateboarding of this rider is as strong as possible.

Recently released bomb for Nike SB. Here Nyjah, together with Tye Evans, made a whole movie where there is a beginning, a denouement and an end. New tricks (which costs only 5-0 on handrail with a turn), a new shooting format (this is the merit of Ty) and generally raising the level of skateboarding to a new professional level. The meat, not the profile.

A short, but also quite strong party. Of course, in this video for Element, Nige is no longer the main character of the video, and even launched a lot of guest gestures from friends in his part.

As of today, Nyjah has managed to win such a large number of contests that it received the status of the highest paid skater who was able to earn huge amounts of money on victories in competitions and become a dollar millionaire. You just look at the whole huge track record of this athlete and you will immediately understand that Nyjah is a contest rider. But he does not become a bad skater.